The referral economy.. recommendations, testimonials all being driven by those many virtual acquaintances and friends you have spent your valuable free time building.

Everywhere I look I see recommendations being built into everything online. Is that such a good thing? How do we filter these referrals so they actually have real value?

Right now we are in an early place of virtual referrals, like much of our social web it is one dimensional and very much still the Wild West frontier.

Have you stopped to think though who is giving you the recommendation? Do you really care the @frednerk rated that movie 4 stars or @janedoe hates Qantas?

How are you rating your friends?

Think about your real life friends and acquaintances, you have acquired quite a bit of history together and knowledge on their tastes, and worked out whether you should be listening to them. 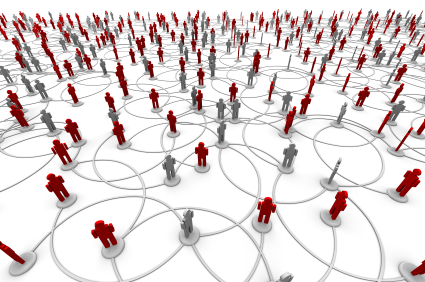 Not everyone gets this right, and often take their financial advice from their sparky mate over6 beers at a birthday bbq. Mostly though you work out the who is good at recommending things, you know to take you health advice at least from fit and healthy people, you know to listen to Bob’s recommendation about holiday accommodation because you have stayed in similar places and have similar budgets and styles.

Once foolishly years ago I was influenced to employ someone for a role because a colleague, whom I worked well with, was their best friend. Had I thought about it, why would I employ someone’s best friend? I shouldn’t’ have, because that was the determining final call on some issues that bothered me. Problem was my colleague had never worked with them, and it was their work ethic I was after. So the fact they might be a decent person to my colleague doesn’t mean anything in relation to them being a great employee.

How many of your friends in real life, would you really want to work with?

Imagine a tool that filtered that sort of recommendation for you, so you could get the best of your social friends. I reckon it would be awesome, it would be the glue between all the different apps and sites for places we eat, things we read, music we like etc…

I’d pay for that.

Let me know what you reckon…